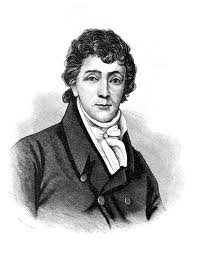 Everybody in the United States has heard the song about the star-spangled banner. Nearly everybody has sung it. It was written by Francis Scott Key. Key was a young lawyer. In the War of 1812 he fought with the American army. The Brit­ish landed soldiers in Maryland. At Bladens­burg they fought and beat the Americans. Key was in this battle on the American side.

After the battle the British army took Wash­ington, and burned the public buildings. Key had a friend who was taken prisoner by the British. He was on one of the British ships. Key went to the ships with a flag of truce. A flag of truce is a white flag. It is carried in war when one side sends a message to the other.

When Key got to the British ships, they were sail­ing toBaltimore. They were going to try to take Baltimore. The British commander would not let Key go back. He was afraid that he would let the Americans know where the ships were going.

“And the rocket’s red glare, the bombs bursting in air Gave proof through the night that our flag was still there.”

After many hours of fighting the British became discouraged. They found that they could not take the city. The ships al­most ceased to fire. Key did not know whether the fort had been knocked down or not. He could not see whether the flag was still flying or not. He thought that the Americans might have given up. He felt what he wrote in the song:

“Oh! say, does that star-spangled banner yet wave? O’er the land of the free, and the home of the brave?”

When the break of day came, Key looked toward the fort. He could see the fort. It was still standing. It grew lighter. There was a flag flying over it. Key was full of joy. He took an old letter from his pocket. The back of this letter had no writing on it. Here he wrote the song about the star-spangled banner. The British commander now let Key go ashore.

When he got to Bal­timore, he wrote out his song. He gave it to a friend. This friend took it to a printing office. But the printers had all turned soldiers. They had all gone to defend the city. There was one boy left in the office. He knew how to print He took the verses and printed them on a broad sheet of paper.

” Then conquer we must, for our cause it is just ; And this be our motto— In God is our trust ‘— And the star-spangled banner in triumph shall wave O’er the land of the free, and the home of the brave.”