The Fate of the Sultanate and Topkapi Palace

The Topkapi Palace became less important as the Sultans built elegant palaces on the Bosporus. Finally, Sultan Abdul Mecid I moved the court to the Dolmabahce Palace in 1856 (See pics). The treasury, mint, and library remained at Topkapi Palace. The Topkapı Palace was declared a museum of the imperial era in 1924. 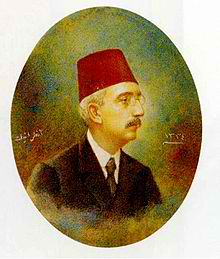 On November 1, 1922, the Ottoman Sultanate was abolished by the Turkish Grand National Assembly. The last Ottoman sultan, Mehmet VI Vahidettin (1918–22) was 56 years old when he came to the throne and had lived in the harem or the Cage for his entire life (See Pic). He was confined to the Cage by his uncle (Abdülaziz) and had stayed there during the reigns of his 3 older brothers. It was the longest and last confinement of a sultan by his predecessors. He only reigned for four years before the Sultanate was abolished and the family sent into exile.