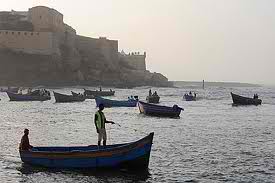 The twin cities of Sale (Sallee) and Rabat united to form the Pirate Republic of Bou Regreg on what is now the west coast of Morocco. Both were surrounded by medieval walls, well-armed fortresses and high cliffs. The river that divided the two cities, called the Bou Regreg, was dark and muddy filled with rocks and protected by a sandbar and reefs. A gate placed across the entrance added to the safety of the harbor.  (No wonder Emmy in His Obsession was overwhelmed by the forbidding sites confronting her on the docks.) 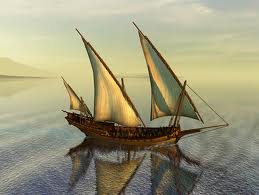 The Sallee Rovers were composed Moroccans, Moriscos (exiled Spanish Moors), and Europeans. They spoke a lingua franca which was based on Spanish with French, Italia, Portugese, and Arabic. The Sallee Rovers raided the shipping lanes and in the 17th century the coasts of Europe, Iceland, and Newfoundland in their maneuverable xebecs. 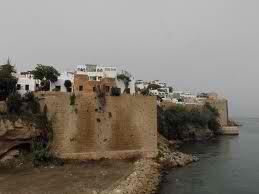 While most of North Africa fell during the Arab invasions, the Republic of Bou Regreg proved too difficult to rule. The Sallee Rovers ruled under a governor and council that paid 60% of their plunder to the Sultan of Morocco to leave the Republic in peace. While repeated attempts were made by the Europeans and Muslims to control the Pirate Republic of Bou Regreg, they were all unsuccessful. The Republic of Bou Regreg did not fall until 1818 — about 30 years after Emmy in His Obsession was kidnapped brought to Rabat to be sold into slavery. Check out the harem she would have called home later this week. Click the book cover to read an excerpt or buy His Obsession.