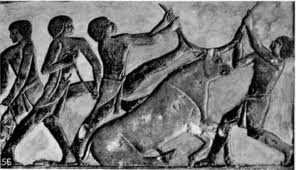 Ritual activities include sacrificial offerings, prayers and deeds.  Sacrifice was the offering of food, objects or the lives of animals or people to the gods as an act of propitiation or worship.  Sacrifice might be part of a ritual to appease a god or gods or change the course of nature. Votive deposits and offerings were objects offered as sacrifices without the intention of recovery or use in a sacred place generally to gain favor with supernatural forces. Some sacrificial offerings were made in anticipation of the achievement of a particular wish, others as a thank-you offering for favors received.

Anything of value could be a sacrifice.  Sacrifice could be bloodless as in cereal, food or artifacts or a liquid offering, a libation. Generally, the more valuable the offering, the more highly the sacrifice was regarded but the more difficult to make. The most valuable sacrifices have been that of lives, animal or human.

Archaeologists have found human and animal corpses with sacrificial marks long before any written records of the practice. Human sacrifice was usually reserved for the most important events—dedication of an important monument or building, the death of an important personage, or in times of natural disaster. 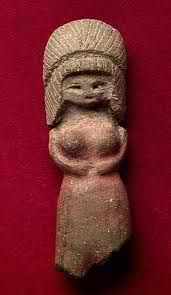 Some of the earliest rituals were related to burial which have been documented as long ago as 30,000 years or more. The cave paintings of Chauvet that have been dated to 32,000 years ago and those at Lascaux to 17,000 years ago depict strange beasts and may have been connected with hunting rituals.  Ancient Venus figurines may have been used to insure success in hunting or fertility for the land or women.  Later, more formal systems evolved.